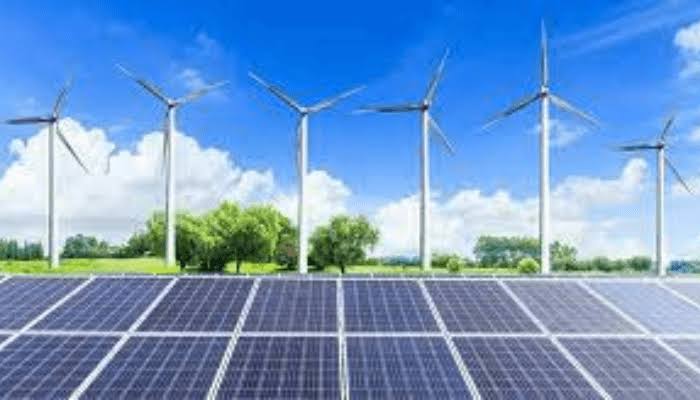 According to its official site, the Nigeria Energy Transition Plan (ETP) is “a home-grown, data-backed, multipronged strategy developed for the achievement of net-zero emissions in terms of the nation’s energy consumption.” Following President Muhammadu Buhari’s announcement of Nigeria’s commitment to carbon neutrality by 2060 at the 2021 United Nations Climate Change Conference, also referred to as COP26, the ETP was unveiled shortly after.

The ETP’s key objectives are:

Now, while all of these look so serious, and it is so, it is imperative for the common man to have, at least, little understanding of the ETP, his President’s pledge of carbon neutrality and his role in a world being battered by climate crises. This is the crux of this article.

The Nigerian urban areas in today’s world depend heavily on industrialization. From the process of production (which includes burning) used by cement companies, to oil refinery companies, to food and pharmaceutical companies, electricity companies, to individual usage of these products in our day-to-day living.

The millions of vehicles we have on the roads, our burning of coal, use of pesticide, and many other human activities that involve emission of gases, contribute to global warming, and thereby impact climate change. One wonders if the common man is alarmed by this reality. According to the World Health Organization, “Between 2030 and 2050, climate change is expected to cause approximately 250,000 additional deaths per year, from malnutrition, malaria, diarrhoea and heat stress.”

As mentioned earlier, Nigeria’s President Muhammadu Buhari already pledged, on behalf of all over 200 million of us, that the country would achieve carbon neutrality by 2060.

What Is Carbon Neutrality?

Experts also argue that it would help companies and businesses to reduce costs. Of course, switching to a renewable energy source like solar will help cut down on electricity bills. Health improvement is also an incentive in the gospel for energy transition. When the burning of fossil fuels like coal, oil and natural gas are reduced, it helps to reduce the risks of multiple health issues, like respiratory diseases, heart disease, cancer, among others.

On November 18, 2021, President Muhammadu Buhari signed the climate change bill into law. Among other things, the bill has a view to:

“to set targets to achieve a reduction in greenhouse gas emissions within Nigeria to promote the use of renewable sources of energy; to promote business and community understanding about issues surrounding climate change”.

While this demonstrates the intention of Nigeria’s contribution, together with the rest of the world, towards achieving a safe and healthy planet via the ETP, the country’s past attitude towards the implementation of similar courses like this must be taken into consideration to be able to determine the seriousness of its role. A suitable example would be the September 2016 Paris Agreement on Climate Change which President Muhammadu Buhari signed. This Agreement committed Nigeria (along with 196 countries) to reducing GreenHouse Gas emissions unconditionally by 20 percent and conditionally by 45 per cent in line with Nationally Determined Conditions. However, Nigeria has only succeeded in increasing its gas emissions.

Also, the Paris Agreement works on a five–year cycle and by the end of 2020, countries that signed this Agreement were expected to have submitted their plans for climate action. How did Nigeria fare? According to a 2020 publication by the Climate Sustainable Development Network (CSDevNet), Prof. Nasiru Idris, Dean of the Faculty of Environmental Science, Nasarawa State University, noted that since the Paris Agreement in 2015, there were number of efforts on the side of the Nigerian Government including areas of National Circumstances, National Greenhouse Gas Inventory, Mitigation Assessment, Vulnerability and Adaptation, among others. What these efforts were were not exactly specified but while Dr Ibrahim Choji, Chairman, Board of Trustees of the CSDevNet,  attested that studies and projects and collaboration with international agencies such as the Pan African Climate Justice Alliance, through Swedish International Development Agency, more joint effort is needed by both state and non–state actors.

So, between 2021 where the President announced Nigeria’s commitment to carbon neutrality at the United Nations Climate Change Conference and November 2022 at the time of this publication, what implementations have taken place so far? An October 31 2022 Vanguard publication revealed that the Vice President stated, among others, that the ETP would be requiring a funding of about USD1.9 trillion up to 2060 and other policy measures and programmes would be leveraged on to catalyse the Nigerian ETP.

Experts have expressed optimism in the ETP, however the availability of funds and the political will of successive governments raise scepticism in many quarters. 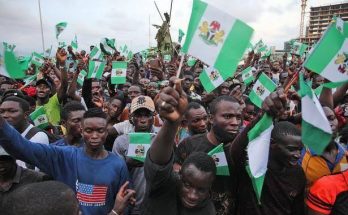 One Comment on “Nigeria Energy Transition Plan and Buhari’s Pledge of Carbon Neutrality: Why You Should Care”