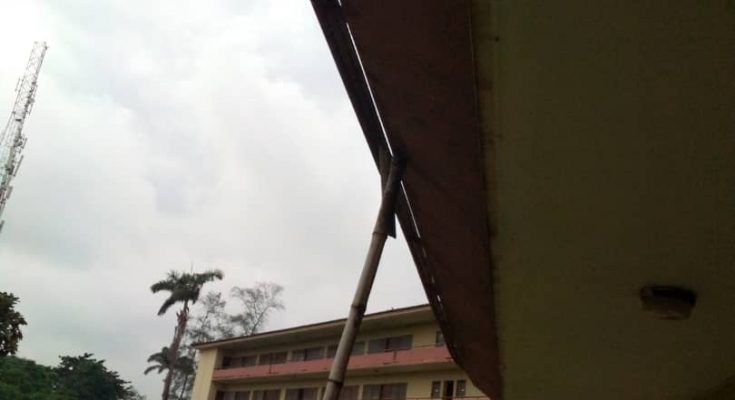 As cases of theft keep increasing on campus, this report projects the lamentations of students in Nnamdi Azikwe Hall who are victims.

The recent increase of theft cases on campus has brought to the fore the issue of insecurity on campus. In light of this, the affected students no longer sleep with their eyes close they are unsure of what would happen next.

These robbery cases, based on this reporter’s investigation, have led to the loss of victims’ vital gadgets that aid their studying. Some of the affected students have blamed the school for neglect.

This reporter observed that there is no more serious scrutiny of people coming in and out of the hall. The porter’s check has gone with the wind as it is now common to see people entering and leaving the hall without being intercepted by the porters.

In the early morning of one Saturday in September, Rotimi,* a second-year Medical student, explained to this reporter how thieves raided his room at Nnamdi Azikiwe Hall, stole his Laptop, and the frustration at getting an alternative one to make up with classes.

He recounted that he had barely returned from the Library after a long day when the incident happened.

“I was just getting settled after returning from the Library when I realized that my laptop was dead. ” I charged it there,” pointing to the only socket that is working in his room.

“I dozed off in about an hour. But before I did, my roommate went out, and the way the door works we can only close it from inside. He did not go too far and I don’t know how long he stayed there.”

Rotimi’s roommate, Iremide* who doubles as a first-year student of Geology, cuts in. He narrated that, ” I didn’t stay long and by the time I was back the door was already locked from inside. I thought he was the one that locked it and so I did not want to disturb him. After that, I wanted to take something but yet I still do not want to disturb despite one part of me saying I should knock.” He added.

When reacting to questions on their point of realization of the incident, Rotimi said, “It was a friend who later came in for a campaign that woke me up. He said, “Good evening, that was when I woke up and I realized that my laptop was no longer there. And the moment Iremide was back, he also realized that his bag was missing alongside his ATM card and a total sum of N3,600.” He bowed down his head in tears.

Reacting further on how the incident has affected their psychological well-being, their response points to desperate times.

“Sometimes, I go to my classmates to use their gadgets to attend classes together. I am a medical student. I also bought a couple of textbooks. So, for now, I only read the textbooks and that’s because I don’t have access to slides any longer.

Iremide added that ” The money taken did not have any impact on me. Though I had plans for it, I have to change it and forget about the money.

They are not alone. When asked about the incident Sunkanmi* explained that he was washing downstairs when one of his friends called his attention to the incident.

“Guy, they have burst into your room. I met it wide open.” He says. He continued, saying that he did not take it seriously until he saw it himself.

When asked about the consequences of the incident on his studies, he noted that he only depends on some of his friend’s gadgets in order not to be completely cut out from classes.

“I am surviving on friends’ gadgets now. It is not that easy to go ahead and purchase new ones. It was very sad. We (With his roommate) want to speak with the police but you know we are in a close system and they won’t allow it.” He added.

Living on Campus holds no hope

Umar* was excited when he learned about the decision of the management to accommodate students in Halls of residence, but he told this reporter that his excitement has dwindled day after day with the spike in theft cases that keep posing a huge challenge to his peace of mind.

He recounted to this reporter that his room was burgled recently but luckily, nothing was stolen. He further expressed his displeasure with the current situation saying that safety is one reason why he settled for the school hostel.

“It was really sad because that was the reason we left off-campus and now we have the recurrence of theft cases here on campus.”

“I feel I should be safe inside the school,” he added.

Bamidele*, a final year student residing in the hostel also spoke about his experience and how it affected him. Though in his case, the incident could have been avoided like many others, he also did not see it coming.

“I was in my room using my computer but went out to get something. My roommate was inside sleeping and I left the door open and assumed that since I am only going downstairs to get something, there is no need to close the door.”

“They carried one of the laptops and a purse. Though there was no money in the purse, the next day we found the purse in Indy Hall. Someone took it to the porter to report.”

Meanwhile, reacting to this development, the chairman of the defense team for the hall, Nnamdi Peter explained that the team is at the peak of handling the recurrent cases with the hall executives, hall management, and Zikites at large and further gave insight to the genesis of the increasing cases this session.

“This case that we are recording is as a result of the new normal. Before now, we know that for individual rooms here in Zik hall we have about four corners but with the resumption whereby four men in a room now fall back to two men in a room. This has given the room for theft.”

Nnamdi further blamed the students for not being conscious enough of issues of security in their respective rooms, adding that many of the cases recorded so far are a result of their negligence.

“Most of the theft cases that we have been recording, I will say about 70% of them. After several scrutiny and investigation, we discovered that this was a result of students’ carelessness. A lot of students are careless about the state of their security in the Hall. Most of them would leave their room without locking their doors while they are either going to buy something or using the toilet without even informing their roommate that they are leaving the room.” He said.

In a related development, he also noted some of the intensified efforts of the defense team geared towards halting the increasing cases.

“We engage in a series of patrols. In a day, we go for like two times and at times do stop and check exercise. We also release information to the hall groups giving security orientation to individuals. But what we understand is that a lot of people don’t care about the security tips that we give to them because many times when you ask them about the messages on the groups some of them are nonchalant and so will ignore those messages.” He added.

However, when this reporter reached out to the chief security officer of the hall, he refused to give comments based on not being authorized by the Hall Warden to speak and further told our reporter to read his interview with the Hall Press Crew.

Also, the hall chairman, Ejemeka Ogechi, in a WhatsApp conversation is yet to give his comments at the time of filing this report.

*Some names have been changed to protect identities. 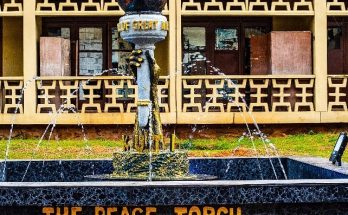 One Comment on “STUDENTS’ PLIGHT: ZIKITES Lament over Increasing cases of Theft.”