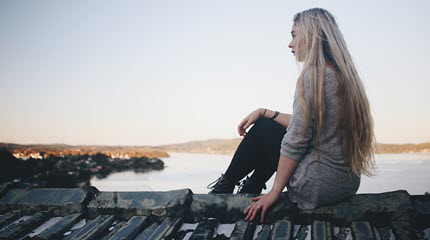 It was one of those dreadful nights again in the season between harmattan and rain. The weather was too hot, the air was too humid and the feasting mosquitoes could not be stopped since it was too hot to use a blanket or a mosquito net. There had been no electricity for two days now.  It was at times like this that she missed living in a school hostel. For all the nosy porters and loud girls, at least there was electricity.

She switched her phone to power saving mode and opened WhatsApp for the umpteenth time. She didn’t need to scroll down; she had pinned his chat the moment she sent him the first message. The double ticks glared at her. She contemplated sending another message—a breezy how are you doing or a funny sticker—but she decided against it. He must be very busy, and she would see him tomorrow, so there was no point.

Dolapo in hundred level had been the nerdy bespectacled girl who only attended classes and very few and far between social events. It had paid off and she finished her first year with an impressive CGPA – a first-class. Having finally settled into university life, she sought more than books in her second year. And so her extracurricular sojourn began. She met him—a finalist in another department—after joining another of the numerous committees in the faculty.

At first, it had been a simple appreciation of his physical features and finesse, but then she started to see him everywhere. And while she wondered at how blind she must have been to not ever have come across him the year before, she subconsciously put extra effort into her appearance, like choosing more rounded frames to suit her face. She never admitted it to herself, but she felt special when he returned her attention and sought her opinion on his personal issues. The last time she had felt like this was with the corps member who taught mathematics when she was in SS1. Thankfully, he was transferred before things got disastrous.

This morning she had paid extra attention to her dressing, choosing to wear her only pair of pumps instead of the flats she routinely wore to school. Now he was sitting across from her smiling widely at the logistics plan Chioma had drawn up. His greeting before the meeting had been brief and perfunctory, he had not even acknowledged her message, not to talk of replying to it. Her nostrils flared as she watched him grin wider than she had ever seen him do.

“This is excellent, Chioma. Well done.”

An irrational feeling came over her and without thinking, she snatched the paper out of his hands and shredded it before stomping on the pieces and flouncing out of the room. A shocked silence followed and as she stepped out she heard him call out “Dolapo”. She didn’t turn.

In the days that followed she carefully avoided human contact, switching her phone to do not disturb while she binge-watched movies without really seeing anything. One week later, her friend banged on the door. After a short internal struggle, she rose from the bed she had not left since she dumped herself into it a week ago.

“Are you crazy? Have you gone absolutely insane? Do you realise that exams start next week?”

“Come in”, she replied weakly.

Her friend switched into caring mode.

“Your phone number has not been going through, and you’re not replying my messages. You’ve not been attending classes and tutorials too. I just got to know about what happened from someone in the faculty yesterday. Were you involved with…”

“So why did that happen?”

Her friend peered into her eyes, trying to read her thoughts. She shrugged in reply.

“242 exam is on Wednesday. We’re having a tutorial tomorrow at the department. You have to come”

“What do you mean? You said it yourself that you’re struggling to remain on first class. You’re going to let your CGPA drop for that good for nothing boy?”

“I’m not showing my face at the faculty this semester again, except for exams. Everybody knows what happened”

“Fine. I’ll bring you my notes. Make sure you’re online so you can see the past questions”

The next two weeks were the toughest part of her academic journey so far. She refused to go to tutorials or to study inside the school, choosing the agony of studying with an uncharged lamp in a mosquito infested room over the embarrassment of interacting with her peers.

When she went for exams, she wore inconspicuous clothing and glasses with darker lens. At the end of her last paper, she knew that she had not made it, and her CGPA would suffer a terrible blow. Still she reassured her gruff father every time he called that she was facing her studies and maintaining her grades.

The last couple of weeks in the session should have been the most exciting especially with the commitment she had put into extracurricular activities. She would be missing out on all the fun though and traveling home early, hoping that by the time the holiday was over and she resumed another session, the gossip would have died down. And there would be no Deji around to distract her, so she would focus on her books and get back on track. It would be difficult though; according to her seniors, the third year was the hardest. Her phone rang.

“Dolapo, did you hear what happened?”

“Deji and Chioma had a face-off in the faculty. Apparently, he had been leading her on and made her believe she would be his dinner date. Then she heard that his girllfriend in Unilag came to visit him. He claimed not to know what Chioma was talking about, and that nothing happened between the two of them”.

Dolapo rolled her eyes and sighed.

“Are you there? People say he’s a playboy and Chioma was stupid to take him seriously. Thank God you didn’t go very far with him”.

Suddenly, she felt an overwhelming desire to laugh. She considered posting “Gbogbo wa la ma jẹ breakfast” as her WhatsApp status, but refrained; better to not oil the gossip mill. Tomorrow she would travel home and for the next two months agonise over what her grades would be. “Never again, Dolapo”, she thought, “Men will disgrace you”. 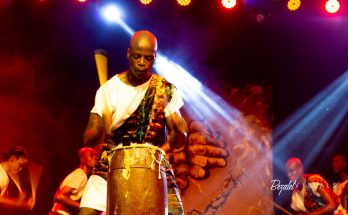 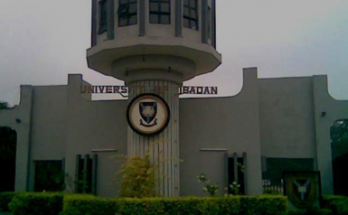 Social Activities In University Of Ibadan; An Outstanding Success This Session