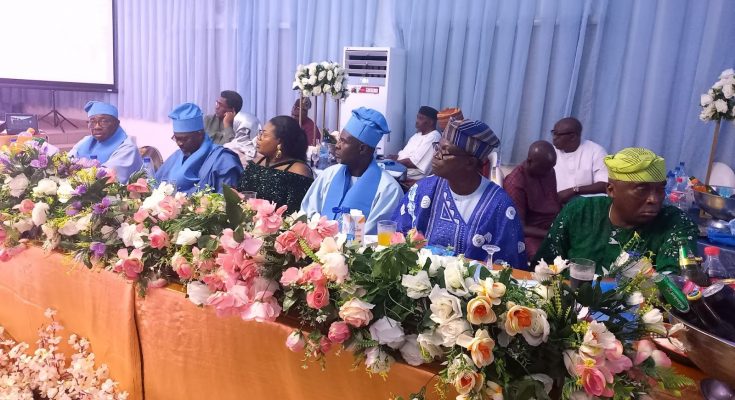 The UI Waves Charity Association had its 40 years Reunion Gala Night and Dinner in a glamorous ceremony which was held on Saturday, May 21 at Le Ville Hall, Eleyele, Ibadan.

The association was formed in 1982, by a group of students, driven by a collective desire to provide educational aid to the less privileged. Those undergraduate boys are now men, doyens in their various fields, and undistracted from their goal of making an impact in the society.

The association, which started 40 years ago at the University of Ibadan, is now a registered charity organisation, offering aid to secondary and tertiary institutions in Nigeria.

Earlier before the Dinner, the association visited the Omoyeni school for the deaf and dumb, and the visually impaired in Ibadan. They shared gifts and lunch with the pupils and donated to the school.

In his welcome address at the Dinner, the association’s Aceman (President), Dr. Ayotunde Adekoya disclosed that the group started with 20 members, but four are late. He prayed for peaceful rest for their departed friends.

He announced that the association would be setting up an endowment fund for four departments in UI, namely, Biochemistry, Social Sciences, Agriculture, and Petroleum Engineering.

The keynote speaker at the event was Mr. Dimeji Mako, National President, Ibadan Grammar School Old Students’ Association. He spoke on the relevance and responsibilities of alumni associations. He also urged his colleagues to give back to the University of Ibadan.

“When people complain about an institution, I ask where is the Alumni association?. They have what it takes to take an institution to greater heights,” he said.

The Vice-Chancellor, Professor Kayode Adebowale was represented by the Deputy Dean of Students, Dr. Demola Lewis. Dr. Lewis conveyed the VC’s gratitude to the association while assuring it of the university’s cooperation in its charity activities.

The Dep. Dean disclosed that the University is following up on a Mastercard grant worth $2 million, for persons with disabilities. “The charity activities of the Waves will be mentioned in the final stage of our application,” he said.

The old men, accompanied by their spouses and guests ate, drank, and danced to songs from the 80s and 90s as the merry continued till night. 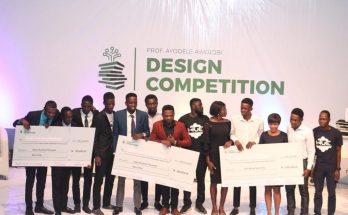