For UCJUI, this reporter wrote about the insights from the Gender Reporting Training organized for Campus Journalists and supported by Agidigbo and WSCIJ.

I was extremely glad when I received the news that I have been selected for the Gender Reporting Training that held at Buildspace, opposite UI second gate. This was an aspect of Journalism that I have always admire and perhaps, my upbringing also has a say in this. Meanwhile, with the richness of content and the choice of speaker, my interest was further boosted in pushing underreported gender-related stories.

Though I was a bit behind the schedule, I walked into the Hall at that point when the Keynote Speaker was being introduced. Ibukun Otesile is the founder of Second Hope for change Foundation and her sterling profile that stints in the realm of Journalism, Psychology & Medicine exude brilliance and expectedly the lots learned from the session cannot be quantified.

She ignited this session with an overview of sexual assault. She enlightened the house on the various categories that fall under this subject while further explaining the disparities that surround the subject matter as a whole. As against the general belief, Ibukun capitalized on the fact that sexual assault is not just something that affects the girl child but also there are traces of males being assaulted and those stories are also worth to be told.

She dived into the aftermath of assaults and give instances of cases that have led to PTSD amongst other consequences that victims or survivors face. She emphasized the importance of finding relevant angles in telling these stories and also stressed the virtue of being accurate with the reporting. With bitterness, Ibukun declared that over the years the media have not been fair in their style of reporting sexual-related cases. She backed this up with numerous scenarios among which is a case in Oyo State that despite the joint effort of her organization and the state government to ensure transparency was frustrated by a Media report that went overboard.

She added that respecting the victims involved, exercising care not to violate the ethics of Journalism, researching more on the story subjects, knowing when to draw the line and targeting accuracy are important to ensure that more victims/survivors are encouraged to speak up.

On this day, Zainab O. Sanni, an equally brilliant Journalist, Broadcaster, Fellow, WSCIJ who also doubles as the Deputy Head, Newsroom, Agidigbo FM would also speak to the house on the tenets of Journalism and react to questions asked by some participants. In her address, she raised an argument that puts Journalists on their toes. She noted that though our basic responsibility is to report based on facts but is it something we can do without sentiment.

She established the presence of sentiment in our freedom championed by the pen and further asked that as journalists are taking no side with something we are comfortable with. One thing was clear; she provoked our thought and left us with astride. Like the previous speaker, she admonished Campus Journalist to find unique angles to harvesting details, having in mind objectivity.

In the closing remarks, Zainab enjoined Campus Journalists to stay firm to the cause and abide by the ethics of Journalism. If I would be honest, the session has provided substantial details that would further help in pushing stories in this category and would go a long way in embedding me into the realities of gender reporting. If and only if, the organizers should be decorated. 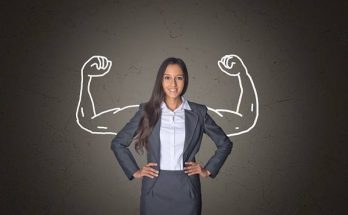 The AMAZONS: Females Are Taking Over Student Leadership at College of Medicine 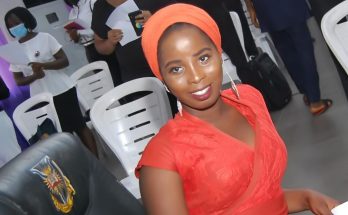