Just like every sector in Nigeria, the tertiary education system is in a state that desperately calls for help, from issues around underfunding to archaic curriculum that fails to prepare students for the future workplace to overcrowded lecture theatres to comatose laboratories among others. Lack of funding from the Federal Government has put the sector in a precarious situation and the constant industrial actions by the Academic Staff Union of Universities has done little to address this situation.

Since return to democracy in 1999, ASUU has embarked on 16 industrial actions, with 17 months of strike in the last three years, however, these strikes have not yielded any substantial results, other than wasted time, prolonged academic session and missed opportunity for students. This raises the question of how beneficial are the actions of the union to the education sector and a cry for a different approach to the handling of ASUU’s fight with the government.

During the course of every strike action undertaken by the union, it is always claimed that the strike actions are means of fighting for the students but more often than not, nothing beneficial to student comes out of it. On February 14, 2022 when the last industrial action was declared, ASUU stated that the strike was due to the non-implementation of agreement between the Federal Government and the union, including the following: a) funding for the revitalization of Universities b) payment of earned allowance c)reconstitution of the FGN/ASUU 2009 renegotiation committee d) adoption of UTAS e) Release of white paper on the reports of the visitation panel to the Universities f)proliferation of state universities and g) withheld salaries and non-remittance of check off dues h) improved emoluments for lecturers.

However, many people believe ASUU are fighting for themselves and it is hard to fault them because as the strike progressed the issues that dominated the conversation centered around payment of earned allowances, adoption of University Transparency Accountability System (UTAS) and improved emoluments for lecturers with little mention of the other demands. Fighting for students includes taking into consideration the interest of students, 17 months of academic hiatus within a period of three years does not show a regard for the feeling of students. Downing tools without regard to the psychological and mental effects these actions have on students does not translate to fighting for students, it becomes more ridiculous when you realize that the last two industrial actions have yield little to no result. 17 months of strike is equal to 2 academic sessions lost, while ASUU demands may be valid, it is clear that the current method will only result to time wasting which of course is detrimental to students.

TIME FOR A DIFFERENT APPROACH

According to the President of the union, Professor Emmanuel Osodeke, the main reason ASUU suspended its strike action is because of a court order asking them to resume. He went further to categorically state that the issues have not been fully resolved and no agreement has been signed. This means after closing our classrooms for eight months; after sacrificing its members salaries and watching many of them endure untold hardship, ASUU returned with nothing to show for its action, only hope that it will be resolved; it’s not in our place to say eight months wasted, but what really was the point?

The fact that the last strike actions yielded nothing or achieved tangible solutions, shows it is high time ASUU considered changing its approach in dealing with the Federal Government.

Issues raised by ASUU are fundamentally structural and go far beyond just having strikes, rushed negotiation and agreements just to get lecturers back to the classroom. The issue of funding has been a constant demand in the union’s struggles, maybe it is time for Universities to find other means of generating funds, because frankly, Nigeria is broke. Education is expensive and if you want to make it cheap, someone has to pay for it and as it stands the Federal Government does not look ready or in fact capable of sufficiently funding the education sector, or any sector that concerns majorly the ordinary people. ASUU needs to work with the government to develop and agree on a sustainable funding model; agree to key changes in the relationship with the government, and Universities get more autonomy and control of their own funds. Reasonable increment in tuition is unavoidable, it should be considered; universities should also consider other sources of funding alumni funding – in fact, alumni funding is absolutely untapped in Nigeria’s public education, endowment, research patent sales and operating businesses.

The Nigerian students have sacrificed enough; it is unfortunate that the issues that affect them – archaic curricula and inadequate funding – take backseat in ASUU’s negotiations with the federal government, yet they bear the brunt in their brawls. 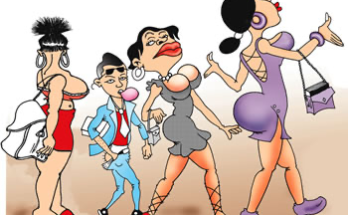 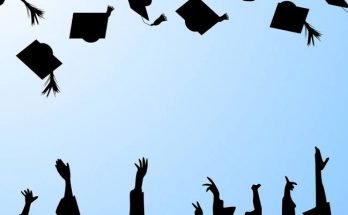