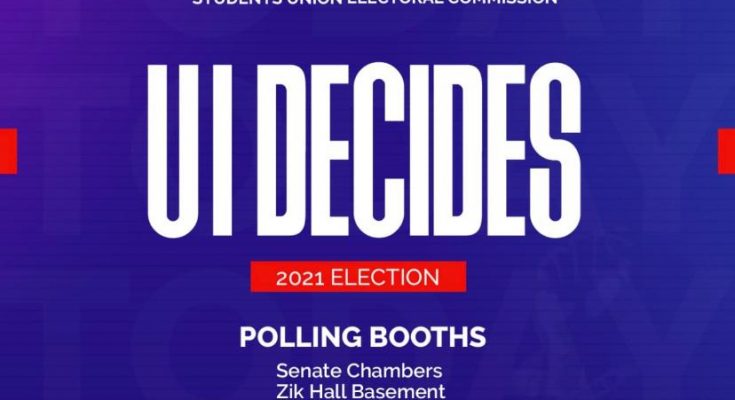 Following the technical glitches that have characterized today’s electoral process, University of Ibadan students say they are beginning to lose faith in the whole process.

Recall the UCJ UI earlier reported that there is crowd at Senate Chambers as students gather to make complaints due to the epileptic voting site.

Speaking with our correspondents, a student-agent said there is no trust in the electoral process. “I don’t have faith in the process, the process is biased. Why is it biased? This election, there is a mock election (and it) had no issue and what we were told was that, as the election is going, you will be told and see the voting process, now nothing is being told to us about the vote counts. Now, people are not even getting their login details, they are saying if you used your personal emails you won’t receive log in details and you told us we can used both school and personal email. It is really really wrong.”

“Now, another issue is that of server, we pinpoint it to them that, won’t server be a problem, we made mention of Facebook having its server crashed, they said they will have it settled that there is going to be alternative server, now, there is no alternative server, server keep going up and down up and down, to me, the process is not trustworthy, if they can annul the election, the election is bullshit.”

Also, a student who is unable to vote said login details were being expected since morning all to no avail. “I am unable to vote now,” the student told UCJ UI.

“I don’t have the statistics but the complaint we’ve been getting over there, at least 50% of accredited voters are not able to vote because they don’t have their login details sent to their mail. Most people don’t enjoy stressing themselves, assuming it’s something you can do easily, they will vote, but bringing them from their Halls to Senate Chamber to queue up to get these things before voting, it’s time consuming for them and they won’t do it.”

“This system has not been working, it’s not working at all,” he concluded.

Another student-agent condemned the whole electoral process. “I am an agent, what I will like to say is that, the whole process is not well planned and had many glitches that we are not meant to have, I can’t blame the electoral committee because no one is perfect.”

The agent also decried voting by proxy. “What I will like to say is that, it is very wrong to collect people’s phone, it is uncalled for, and we are calling ourselves leaders of tomorrow, this is not necessary because this is UI election and we’re meant to decide if not some miscreants and I think they (management) are really looking into that now, for the sake of this interview, I won’t mention the name of the people involved in it because I don’t have enough evidence to incriminate them.

“I will implore everyone to be calm and wait till when results come out. I won’t be surprised because people will have many things to say but they should just be calm.”

Reacting to the incident, a former UISU Electoral Commissioner and incumbent President of Faculty of The Social Sciences, Josiah Obong, said this year’s election is “unpleasant” compared to the one in 2019. He added that “the issue most people in my faculty has been complaining is that, most people that changed their email address from their school mail to personal email didn’t get password and secret code.”

“Secondly, the site is not going through, I personally, I’ve gotten my email and I’ve not been able to gain access to the website and it’s quite not good because we having people around the Senate Chamber by this time at 12pm, it’s not really good. This System and the Administration has not been legitimate in its full sense,” he said.

Josiah attributed the frustrations that have greeted this election to the voting system. “I will say it’s the system itself. The system used for this, is the same myvote.ui.edu.ng used last year, but I will say, the login system, the voting System is slow and not accessible, with all, it boils down to the administration system used.”

Efforts to speak with the electoral commissioners as regards this development have proved abortive.

In a release few moments ago, the Commission has extended the election time from 3pm to 6pm, but as of the time of filing this report, it is unclear whether there are deliberate attempts to resolve the controversies surrounding this election. One Comment on “UISU Election: “This election is a bullshit”—Students Say Of The Inconvenient Voting Process”