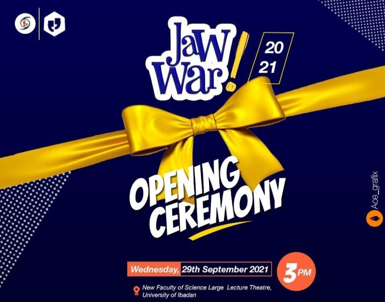 The Literary and Debating Society (TLDS), University of Ibadan held an emergency senate meeting on Thursday to address the issues surrounding the scores for the first round of the Jaw War competition.

UCJ UI had reported that Bello Hall earlier on Thursday announced their decision to back out of the competition due to the inconsistency observed in the results with more halls also threatening to pull out.

This emergency meeting which was held at the Student Affairs Conference room had in attendance the Chief Judge of the competition, Dr. Demola Lewis, and all TLDS senators of each constituency.

Speaking on the withdrawal of Bello Hall from the tournament, the General, Moses Olanrewaju explained that the hall felt cheated and with the level of preparation for the competition, they were certain that they would win.

Moses explained that the representatives of the hall had a super performance during their presentation, adding that considering the comment of the Chief Judges before the announcement of the result about their opponent’s poor research display in their speeches, they were still declared the winner.

More so, the Mellanby Hall Literary and Debating Society’s president, Murewa Orebela while justifying the decision of the hall to also pull out from the tournament, explained that their representatives had a brilliant presentation but were surprised by the results announced.

He noted that their opponent from the Tedder Hall could not even hit any of their points accurately, adding that another concern they had was with the fact-checking of the facts presented by their speakers. He buttressed this by saying they could present their sources if granted by the leadership of the society.

The TLDS President, Ayeni Otito-Jesu in his address admitted there were disparities surrounding the announced scores for the first-round tournament and that there was an error in the computation of results manually after the presentation.

Reacting to this development, largely all the senators raised concerns about the public address system that was utilized during the presentation. It was noted as one of the major reasons the audience could not flow with the speeches being presented.

Meanwhile, some senators also reacted to the part of the TLDS constitution that does not make provision for appealing of results and appealed to the leadership of the society to have that part of the Constitution altered to reflect amendment.

The Chief Judge admonished the senators to uphold the culture of the best standard in their activities. He noted that they need to abolish the thought that they are doing the University good by participating in Jaw War and further warned that the University management might decide to cancel the tournament if some flaws were being noticed.

Speaking on a final note, Ayeni Otito-Jesu also enjoined the senators to desist from any act that would affect the integrity of the tournament. He noted that in calling the attention of the society to errors noticed in results, it should be done politely rather than resolving to pull out in the middle of the tournament.

Ayeni made available the score sheets of each constituency present and gave a strict warning to only check and not take pictures of them. 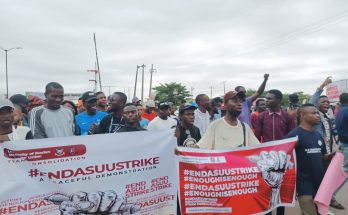