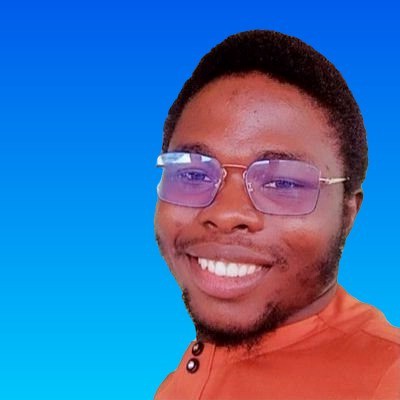 In this interview with UCJUI, Alawonde Theophilus Femi, the 2021 FOPA award winner in the Journalism category and a recent graduate of the institution spoke about his stint in campus journalism and how it has impacted other areas of his life.

Can you tell us how your journey into campus journalism began and what motivated you?

Well, I know I would do something on campus. There were inclinations that it would be writing-related but I didn’t have any specific organization in mind. I would say a lot of factors contributed to my becoming a campus journalist. For instance, I remembered reading courtroom scribes and press boards. I didn’t know which organization to join, they had already called for membership in my department but then I was seeing names like Alao Abiodun, Kanyinsola, and more. Eventually, the opportunity showed itself when I saw the recruitment update of Indy Press. Besides, when I joined it was not as if I knew how to write in the Journalism way. I joined basically because of poetry but then things were switched up for me. I wasn’t allowed to remain in my comfort zone and that helped me.

Are there any ways campus journalism was instrumental to your personal growth or not?

I really wouldn’t know how I would have turned out if I did not practice campus journalism. The profession helped me develop myself in so many ways. Before becoming a campus journalist, I was just someone who loved French and had always wanted to study it as a course but when I became a campus journalist, I started seeing possibilities in other areas. I had the platform, it helped me grow and helped instill discipline in me. During those periods, I had instances where I just sat down and felt disturbed because we didn’t have enough articles for publications in INDY Press but in a couple of hours came up with something and this has helped me so much that I can work on any topic within a shorter period.

Also, it helped me in my academic career. As a student in the field of humanity, it honed my writing skills, especially in the area of attending to questions in examinations. It has also opened up various opportunities for me beyond the campus.

The notion that Campus Journalists are anti-management. How true is this?

There’s no deadline to that. There’s no set number of articles before campus journalists retire and say, “we’ve done enough.” They have to continually speak, till things turn better for the people (students, in this case).

That’s what people call anti-management. I’d say they should give it any name they want. Campus journalists’ consolation should be in the fact that they’re doing their best, for the people. However, that doesn’t mean extremist journalists can hide behind this explanation to deal with ulterior motives. If what you’re doing serves in your interests or the interests of a few people, as against those of the people, you’re not doing well.

What are the challenges you faced in balancing academics and campus journalism?

Funny enough, I have never faced any challenge balancing both.

It’s a complicated thing to explain. Simply put, my language aptitude (French, English, Hausa, Yoruba) is high, so I could spend less time preparing for the French side of my studies. And, I had had about 2 years of experience as a teacher before coming to UI — that helped me relate more to concepts and explanations.

Also, I had some strategies in place. At the beginning of every semester, I’d seek out the title of every course I registered for, to know which ones I’d need to spend time reading, the ones that needed minimal reading, and the ones I don’t need to read. History courses have always been a kind of problem — I focused more on them. Anything grammar-related, I didn’t need to read, and so on.

Another funny story is how I had the worst results in the session I was the most serious.

You are the erstwhile Editor in Chief of INDY PRESS, during your tenure, there were publications on investigative stories and more. What motivated you to unravel these stories, sir?

You see, I started as a poet but I soon discovered the power that campus journalism has and that’s to effect positive changes. So, there was this problem in INDY Press about half of the railing on the first floor for Block B was off. We wrote two articles and not long after we saw them replace it. That was a turning point for me coupled with reading stories of past campus journalists and so I was determined to be like them. I rose from News Editor to Deputy Editor in Chief before eventually getting appointed as the EIC. More so, occupying this position for me means that I was in a unique position to consolidate and even improve on the legacy of the INDY Press and that was the primary driving force.

Winning the FOPA Award for Journalism is not a trivial feat. What does it mean to you?

I felt great and recognized. Over the years, there is no doubt that I did put in the work. I mean, I was more committed to journalism, still, it takes a level of recognition from the people to win awards like that without actively canvassing for nominations and votes.

Yes. I benefited from various opportunities as a campus journalist. People saw my work and understood what I was capable of doing. People gave and referred me to jobs.

Besides, during the COVID-19 lockdown period, I was trained by Africa Checks on Fact-Checking, and also in my finals, I was among the campus journalists that were trained by Premium Times Center for Investigating Reporting (PTCIJ).

What changes do you expect from the subsequent executives of the Union of Campus Journalists?

It’s a continuum. I would say that they should consolidate the efforts of their predecessors. Also, the union executive has to be coercive in that they bring campus journalists together under that one umbrella – union of campus journalists. More importantly, I would love to see articles geared towards calling for change on campus.

Not actively. But a columnist in the foreseeable future, yes. Practicing it as a full-time job? No.

Your advice to campus journalists seeing you as a model?

First, know that there is a clear difference between being a writer and a journalist. While all journalists must be writers, not all writers must be journalists. Be sure that you are passionate about the profession before joining any press organization. The ego would surface but then they should always remember that their work is for the people and not a personal vendetta. 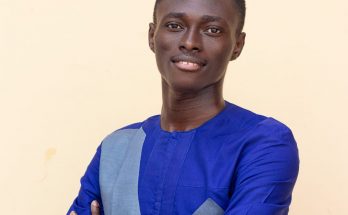 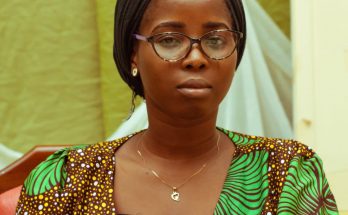