Nollywood is living up to the billing these days after the misdemeanour in recent years. Before now, there were a lot of Nollywood movies produced that were low quality. It seemed that the Nollywood producers and writers were focused on just producing movies. The lack of quality in the movies showed the lack of innovation and creativity on the path of the directing, producing, writing even editing of the movies. It was because of the development that the Nollywood industry was made a butt of jokes even in Nigeria. Various editing errors made the movies have a comic effect it was not planning to have. It could also be seen that the writers lacked creativity and innovation. Nollywood films that were being produced had more or less the same story, some even seemed like a sequel to the story. They had the same concept, storyline and plot. They also had the same ending. There are however some writers that have dared to do something different. Kemi Adetiba is one of the writers who have dared to make a change in the Nigerian Movie Industry.

Kemi Adetiba is a writer that has dared to do differently. She has shown that she is a different breed, not just a different breed but a very kind of special and different breed. The quality, creativity and innovation she puts in her film writing significantly improves the quality of the movies. It makes the movie one of the best movies ever produced, places it among the very top and the very best. The movies in which she contributed her writings can prove the fact. The Wedding party Part 1 and Part 2, Across the bloodied ocean, King of Boys and the most recent one King of Boys; the return of the King which is a 7-episode series on popular movie streaming platform Netflix.

The first movie she wrote and directed “Across the bloodied ocean” was featured at the 2009 Pan African film festival and also the National Black Arts Festival. This was just the beginning of greatness for her. Her first feature movie, that is the first Nollywood movie she got featured on; Wedding Party was also screened and viewed at the Toronto International film festival. It was also the opening movie of the City –City spotlights. Her first feature movie; Wedding party also received many favourable and positive reviews. It put her more in the spotlight than her first movie Across a bloodied ocean.

King of Boys the movie released in 2018 is still the highest grossing Nigerian movie till date. The season movie of the King of Boys is currently one of the tops African movies on popular movie streaming platform Netflix. It was the number 1 movies at a point on Netflix. The movie is still getting positive reviews from fans and movie critics alike. Kemi Adetiba has been receiving many plaudits of the movie. She is usually the reference point on how movies should be written.

Apart from being an amazing writer, Kemi Adetiba is also a very amazing director. She also directed King of Boys and Wedding party. Most of the films and movies that she has written, she directed them. She has also directed many of the movies and music videos. She is an acclaimed movie director that has earned a nomination for African movie viewer’s choice awards for her works in the directing field.

Before she delved into directing for movies, she was a host of various shows, she also directed music videos; the most popular ones being My Darling; Tiwa Savage, Sitting on the throne; Olamide, Anifowose; Olamide, Tease me/ Bad Guys; Wizkid, Today na Today; Omawunmi etc. She also won awards and nominations for her works in the music videos industry. She was nominated for Best music video directors at the Headies in 2014. A year after, she won the award for best music video director of the year in 2015 at the City People Entertainment award.

Kemi Adetiba has soared in Nollywood. She has succeeded in etching her name among the very great writers and directors in the movie industry. She is already attracting many Nollywood actors and actresses in her movies. King of Boys attracted many elites and A list Nollywood actors and actresses; Sola Sobowale, Nse Ikpe Etim, Adesua Etomi, Efe Iwara, Osas Ighodaro, Toni Tones, Paul Sambo, Jide Kosoko, Akin Lewis, Richard Mofe Damijo, Keppy Ekpeyong etc. The season 2 of KOB; Return of the King will surely attract more A list actors and Actresses.  Kemi Adetiba through her writing and directing has given confidence to people to take up a challenge in acting. Titi Kuti, Charly Boy, Reminisce, Ill bliss can all attest to the fact. She has not only attracted A list actors and actresses. Many up-and-coming actors and actresses even writers also want to be in one of her movies. It has become a shared dream of most of them and a confidence booster for most of them. It will not be absolutely wrong to say that Kemi Adetiba will be fulfilled many dreams and aspirations if she features some young actors and actresses or employ one of the writers in one of her next movies. The young actors, actresses, writers as the case may be will certainly have them feeling fulfilled. It will also boost their confidence and improve their profile. They know Kemi Adetiba can give these to them because of how she delivers quality movies from time to time so this makes them attracted to the concept of featuring in her movies.

She brought her expertise in the music video industry into directing and writing in Nollywood. Her experience, talent and skill were seen in the overall turnout of the movies that she has directed and written. She has brought the revolution that Nollywood needs. She has inspired other writers and directors to tell and direct their stories the way they want to. Kemi Adetiba’s boldness and courage was seen evidently in the film she has worked. Kemi Adetiba has started the revolution Nollywood needed. If other writers join the revolution soon enough, Nollywood would be rebranded. 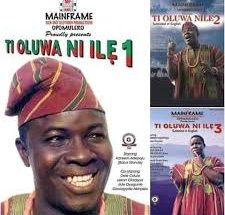 Tems Vs Teni: Who Is Better? 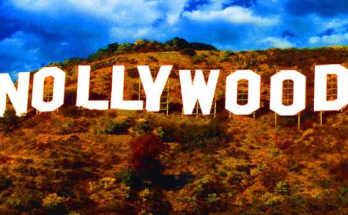