”Do I look good?” Pranny asked Dren who was her close friend as they were about to get off the car into the office. They both worked in Hostiline stores where beverages were sold. “You look gorgeous” Dren replied. Hosteline stores was one of the largest in the city. It was known for quality and affordable exotic beverages. The fact that exotic beverages could only be gotten in very few stores within the city made the store a high ranked one.  The workers were paid salaries timely with bonuses and get promoted often. This made the store a “hot cake”. Everyone wanted to get a job there. Inf act, some pay bribes and go any extent to secure a job there even if the work if a gateman.

Pranny got the store’s job in the fifth month while Dren in the sixth month of a particular year. Dr Yomi, the owner of the company’s pattern was to priotise workers that were humble and passionate about their work when it’s time for promotion although it was never stated in ‘black and white’. The seventh day of the seventh month happened to be another day for promotion. Dr Yomi’s confusion as who will be the new assistant sales manager couldn’t make him rest because he wanted the best after transferring the assistant sales manager to head the sales department in a branch of the company.  He reached out to the mangers and equal number of them supported Pranny, Dran and Lucky probably because Pranny was prettier, Lucky had helped in personal works and Dran had been the gentle one.

Dr Yomi decided to give a test. He wanted to know their loyalty and truthfulness; therefore, he told his friend “Mr Tinn” to act as a cab driver and pick up each of them and interrogate them. Mr Tinn obliged after an agreement of his pay was reached then they discussed on what will be the subject of the discussion while conversing with them then he received a mini recorder for the conservation.

Mr Tinn halted his car in front of Pranny the next day. “Hey angel, how are you doing? “he asked.  I am good, she replied. Can I give you a ride? Yes, thank you, she responded happily. They began discussing as he zoomed off. “You look stressed. Hope you are fine?  Where do you work?” he talked as a person sincerely concerned. “Thank you, sir, I work in Hosteline stores. I will be fine,” she replied looking tired. “Ooh! That is great. I know that store to be one of its kind, but a pretty lady like you shouldn’t be working in such a place where you work to be this tired” he said. “Sir, I must tell you; our leaders are not helping things. They only give us minute bonuses for the extra work we do because they think we are beggars” was her response. He then encouraged her not to give up because there is always a morning after the night. He dropped her at her destination some minutes later, waved and saved the recorded conversation.

The next day, he halted his car in front of Dren the offered her a ride. “Thank you sir, I have been waiting for some hours to get a ride but none was moving towards my destination” she said immediately she entered his car. “It’s all fine. I guess you’re coming from your workplace. You look very tired”, he replied. “Yes, I am very tired. Thank you sir” she responded reluctantly. And where do you work?’. “Hosteline stores” she answered. “That’s great but I can’t believe that big store overworks her workers” well, not exactly that way sir. Our monthly target has to be met, and everyone has to really work to achieve that. You know salaries have to be paid (she smiles). Hmm! I understand. He answered and urged her to remain hardworking.

The next day, he offered Lucky a ride then started conversation. He found out Lucky had gotten a close relationship with some heads with his statement “some of our leaders like the sales manager are very good, we know how to maneuver our ways when everything become dry” Although he didn’t look surprised to hear that while in the car with Mr. Lucky, he acted he was his type but  couldn’t get over it until he handed over the recorded conversations to Dr Yomi.

Dr Yomi thanked him and listened to all carefully. Mr Lucky’s conversation happened to be the first one he played.  He was surprised how things have gotten to that stage despite the CCTV cameras in critical locations in the company. Then he decided to sack both the Sales Manager and Mr. Lucky. Dren was made the new sales manager and began to earn double salary when Dr Yomi noticed the hike in profit after sacking the two. 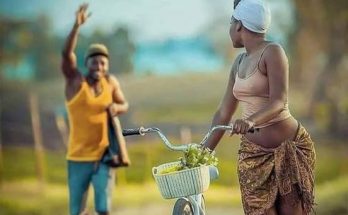 Poetry Was No Road To My Woman’s Heart 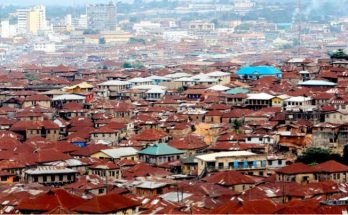