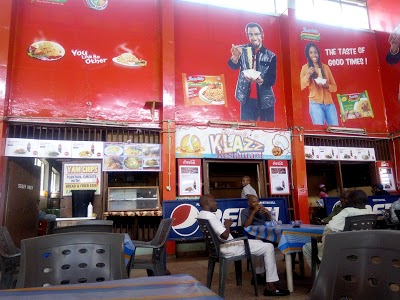 “Trash. Horrible. Appalling. Waste. Exploitation. Awful;” said by a fresher who had just eaten at Klazz.

During my days as a freshman on campus, the Klazz restaurant was the best of its kind on the Ibadan varsity campus —such that if you are diagnosed to have been infected with ulcer, you dare not go there because of the indivisible queue you’d meet. Those days, the restaurant was not for children, but for the big boys and girls on campus. Then, if you had just met a girl, you needed not promise her Hexagon, all you’d need was a Klazz to fit in her class.

On a more serious note, this acclaimed restaurant contributed so well to the popularity of Tedder hall. During those time, at Tedder, you’d see Mellanbites, Kutites, Queenites, Zikites, Katangites, Idiaites, Awoites, and even Belloites. In fact, all roads lead to Tedder — everyone making their moves to be satisfied nutritiously.

But during my second year on campus, Klazz restaurant began to lose its standard as Zik hall cafeteria (Boluid) went ahead of them. In no time, students started migrating to Boluid. Although Klazz wasn’t too bad as at then, but Boluid became a consequential competitor. The competition was tight that the percentage population of students who ate at both restaurants could be calculated to 40 – 40 (%) respectively, while the remaining 20% for the other cafeterias.

Of course, you need not be told that other halls’ cafeterias are used as fellowship gatherings and spiritual meetings. And maybe the purpose of the meetings is to pray for the unsellable meals to become scrumptious and mouthwatering. I don’t know. But if that should be the case, that means the prayers are still pending, waiting or unable to reach the far-fetched house of God. Because, till now, I haven’t seen the effectiveness of prayers on their meals.

Flabbergastingly, as the school resumed after a long break since March 2020 – January 2021 — covering a period of nine months, the Klazz restaurant was, however, assumably withered by the storm of the pandemic as it’s totally deviated from what it used to be. As students aren’t allowed on campus due to the adoption of the virtual learning mode, and being the only hall cafeteria that opens, students who go to school for a function or the other can only eat at Tedder Hall cafeteria or one other apprenticing kitchen at the SUB.

So — on that day — I went to school  to clarify some issues, and after the tiring day, I went to the Almighty Klazz to take a meal. In the usual manner, I went ahead to place my order and worked straight to the serving box. At first, my eyes couldn’t believe what they were seeing — malnourished dodo (plantains), looking rumpled and unkempt in a shameless tray, undersized meats at highly inflated price, fluctuating fishes and two coolers of rice.

As I handed the server  my order receipt, maybe it was a punishment or not, all she did was to serve the least food I could eat in my plate. A two half-spoon, and that’s all? Oh! I asked within myself. I already ordered for dodo, so I had to manage it as though they weren’t enticing. I bought a Lacasera too, hoping it’d be the dessert of my meal. Albeit, all hopes went hopeless.

That day, the wisest decision I could make was not branching Klazz. I went to Klazz three times that day, still my hunger wasn’t satiated. Then, I remembered I was a Joseph since birth, but since they didn’t name me, I stuck to my name. I remembered again that a student was complaining about Klazz restaurant to me, using inept adjectives — it was in my dream. It was there I heard it, but I didn’t hold on to it as dream dawned reality on me.

For someone eating at Klazz for the first time, the restaurant would not only sound unserviceable, but outrageous. But for we who are long-time customers — something is wrong. We know.