The euphoria at the Department of Music on Monday, April 26th was overwhelming after the acting Vice Chancellor, Prof. A. Ekanola, officially inaugurated the rehabilitated building for the Music department with new infrastructure to enhance the modes of learning.

The newly rehabilitated building is the former Central Cafeteria in the Students’ Union Building (SUB) complex. The project was awarded in November 2019 under the NEEDS intervention to Messrs Amec Consult Nig. Ltd. At the whooping sum of N100,984, 702million is believed to have lingered long before completion due to the Covid-19 pandemic.

However, some major requisites for this project are believed to have been the incessant increase in the number of students in the Department, the teaching, research and other practical activities which have been limited and hampered by the unavailability of sufficient space. Hence, the project is believed to have been just at the nick of time. Also, the immediate Past Vice Chancellor, Prof. Idowu Olayinka and one-time Dean of the Faculty of Arts, Prof. Adebola Dasylva, were enthusiastically credited to have been a major brainchild behind the project.

Giving his vote of thanks, the Acting Head of Department of the Department of Music, Dr. Tolu Owoaje, gave special thanks to God and appreciated the school management and also unveiled his ecstasy as regards the location of the new building. In his final remark; “it is strategic for smooth operation because it’s neither far from the previous building nor the faculty”. 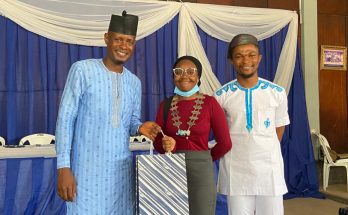 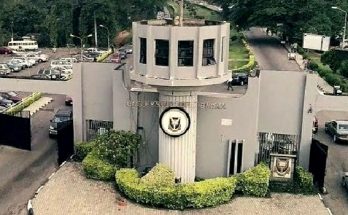