Burna Boy has continued to leap from bounds to bounds since the release of his previous album African Giant. That album was nominated for the Grammys and received many critical acclaims. African Giant lost out on the Grammy award to Angelique Kidjo but that did not stop Burna Boy from releasing another masterpiece in Twice as Tall.

Twice as Tall featured big-name artistes like Diddy, Chris Martin (the lead singer of Cold play) Apart from the features, the album was a complete success. The album was so good that it got Burna Boy another Grammy nomination for the Best Global Music Album.

Burna Boy tried as much as possible to make the album better than African Giant and indeed it was.  Twice as Tall is a 15-track album. It featured singles like Way too big, Monsters you made ft Chris Martin, Wonderful, which was the lead single of the album, Onyeka, 23, Level up, Alarm clock, Naughty by Nature, Comma, No fit vex, Time flies, Monsters you made, Wetin dey sup, Real life and Bank on it.  Burna Boy delivers quality and that album was quality.

Twice as Tall was a perfect blend of Afro beats. Burna Boy made sure that album was truly African. For instance, Wonderful (the lead track of the album) was a different kind of Afrobeats sounds. The track was masterfully produced and perfectly rendered by Burna Boy. Way too big was another masterfully produced track. It was a mega hit. Monsters you made criticised bad leadership, Racism and other social vices. Not only was the track beautifully rendered by Burna Boy, the message he was trying to pass was also quite clear.

Onyeka, another mega hit on the album was also another masterpiece. It was a love rendered in afrobeat. He performed the song at the recently concluded Grammys.

It comes as no surprise that Twice as Tall won the Best Global Music award at the Grammys. The whole 15 tracks on the album made a lot of sense. All of then were hit songs. Burna Boy is a very hardworking artiste with tremendous talent. His talent and hard work definitely showed in Twice as Tall. If you have not listened to the album, it is best you do now. 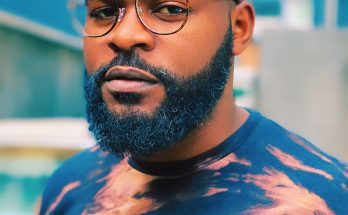 The Influence of Celebrities in Activism

Bella Shmurda at the Top of His Game ﻿