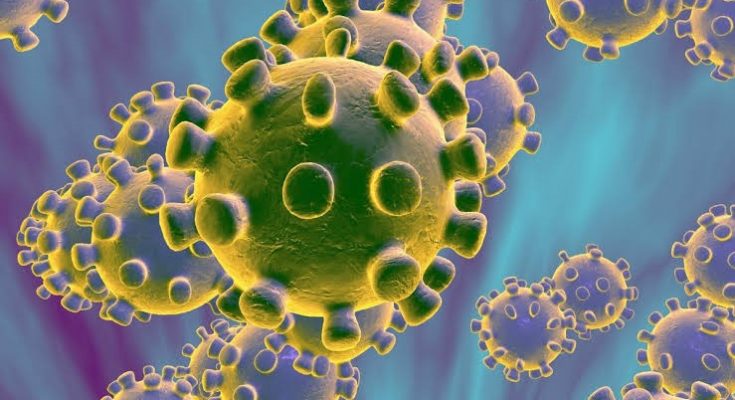 As the guidelines for curbing COVID-19 were relaxed in the country, which allowed increased vehicular movements, religious gatherings, resumption in workplaces, among others, many Nigerians thought the worst was over and that the country has flattened the curve even when COVID-19 cases are reported daily. The federal government’s warnings that the nation is not yet free from the virus only met facile responses from Nigerians who dismissed the cautions as mere hear-says. As the cases increased, most citizens still pooh-poohed the idea of adhering to the preventive measures, which has brought nation-wide speculations that the country might be on another lockdown.

Health experts in the country had disagreed initially when the guidelines were relaxed in the country. They argued that the partial lockdown could lead to a surge in the virus cases, especially as some Nigerians do not still believe the virus exists. Thus, allowing increased movements, among others only give credence to the notion of the virus being a hoax. But the government, having weighed the pros and cons of continuing with the lockdown, had to shift grounds to favour the citizens and perhaps salvage its economic crisis. An action that has fuelled the number of COVID-19 cases in the country, as most citizens no longer wear face masks; others now care less about protecting themselves from the virus; there is no social distancing in gatherings, among other saddening developments.

The Presidential Task Force on Covid-19 had blamed religious leaders for sabotaging its actions to curtail the virus by holding large congregation services. It is right to have said that, after all, most religious institutions have blatantly disregarded the preventive measures. There are no hand sanitisers at the entrance to religious institutions, worshippers no longer use nose masks and social distancing is absent during holy services.

However, it is noteworthy to add that the government itself sabotages its efforts to flatten the curve. It was silent when massive rallies were held during the gubernatorial elections in Edo and Ondo. There were no sanctions as the elections held in rowdiness as if there were no Pandemic. Even, security operatives who were on the ground to enforce the citizens adhere to the health instructions are now absent perhaps after they opt for extra-judicial killings instead of enforcing the law which led to worldwide condemnations and lamentations.

The federal government might be forced to enforce another lockdown if citizens continue to disregard the health crisis the virus will cause for it spreads faster when people care less. What is, however, worrisome is whether the government will provide for the hard-scrabbled citizens who will be affected. The government had said it provided palliatives for the poor citizens during the total lockdown, only for the citizens to find it as untrue—the reality was saddening. Can the government cater for citizens during another total lockdown especially when the economy is in crisis? Certainly not. Can the citizens live through another lockdown during these severe economic hardships? Perhaps not.

Thus it is the responsibility of the federal government to ensure that if there would be another lockdown, the citizens must be adequately cared for, and this time in reality and not through promises made during press briefings. The initial total lockdown brought a surge in crime rates, food shortage, among others. And even when the lockdown was lifted, these problems persist. When there was total lockdown, the citizens raised alarms over security challenges and the fact that hunger is now a frequent visitor in their homes.

The recent security challenges in the country scare the citizens and another lockdown might put the citizens in palpable fear of being vanquished by the marauding men. More scary is the fact that the government has not braced up security in areas affected. It has only worded strongly but has acted leniently. Food insecurity is also a persisting issue in the country. The outbreak of the virus had spiralled up the prices of goods and services. The citizens have lamented but the situation has not been brought under control.

Rather than address food insecurity, the government raised the price of petrol, asserting that it made no sense for the country to have a reduced petrol price as compared to a country like Saudi Arabia. The government acted oblivious to the reality that citizens of Saudi Arabia have better living conditions than Nigerians. The government also had promised to reduce the number of extremely poor citizens in the country, but it has only caused an increase in the implementation of wrong policies and programmes.  The daily rise of the virus will give federal university students more goosebumps.

Federal universities in the country had been shut down in late March this year, but the ongoing industrial action embarked by the Academic Staff Union of Universities (ASUU) had lingered the resumption of students. And if there were to be another lockdown, varsities resumption will only get more uncertain. The University of Ibadan confirmed a patient tested positive for Covid-19 on Tuesday in its clinic, leaving speculations of what would be the case if students had resumed. It was reported that the University had not put in place adequate preventive measures as the Covid-19 revelation brought panic to the academic community. Therefore, there is a huge need for federal varsities to provide adequate preventive measures to curtail the spread of the virus, else we will be dealing ourselves severe blows.

We should know that the country does not have enough isolation centres to quarantine citizens if there’s a massive outbreak of the virus The citizens should not let their guard down. The country isn’t free from the deadly virus yet. We should all adhere to the Covid-19 guidelines so we can be saved. It is saddening that most Nigerians do not believe there is a pandemic until somebody close to them contracts it. Let me reiterate this, the sad reality is that Nigeria does not have what it takes to contain a massive outbreak of the pandemic. The vaccines are not in Nigeria yet, even if they were there’s no assurance that everyone will get it. Jude Idada, a Nigerian author/playwright shared a story on his Facebook timeline about how some ladies were conversing on the hoax of the virus until he had to fake as a patient, which sent the ladies on their heels. We should stay safe and take care of our health. Avoid social gatherings. Wear a face mask. Avoid shaking hands. Etc. It is only by our vigilance and cooperation the country can be free from the virus. We should always remember that not only the country isn’t free from the virus, the world itself isn’t either. On The President’s Birthday: What Has Changed?