From the emergence of the universe to the creation of creatures, most especially, human beings, there has been a belief of equal ownership of the earth’s basic needs. The needs include liberty in expression, movement and beholding of life resources regardless of where one originates from. Within these past few centuries, the world has experienced some troubling challenges that rise to cause an end to the movement of the universe normalcy; talk of difficulties like wars, pandemics, recessions and depressions in all areas, hatreds and lot more. But, the most shocking and unexpected of all challenges the world combat is RACISM.

Overtime, our forefathers lived a peaceful coexistence among each other without discrimination by skin colour. Nowadays, such life of past ages had been long forgone and buried for the birth of racial discrimination which has led to the partition of races in accordance to their life benefits and absence of equal representation. It’s so baffling to watch a world which was once free of this insane act rise to this current negative point. How did we get here? What birth RACISM?

The talk of racism has been a war between the white and black race as it has been witnessed that blacks mostly fall to the receiving end of racial abuse by other ‘colours’.  Downwards history lane, almost all African countries – which holds the highest percentage of blacks in the world – were colonised by the whites and through this, the sense of being superior to the blacks has been registered and inscribed and that negates the theory of equal life. The registered image of blacks being of slave to the colonials originally gave a rise to the discrimination and segregation that dramatise at present.

The high rate in the abuse of human rights, the little care attitude, the saddening notion which are present and seriously exercised by Africa government towards their citizens goes a long way to telling the high mistreat that occurs on African soil. When there is the presence of rights being abuse by African leaders, what then is expected when such people go out there to other continents?

Moreover, due to the low standard of living in most African counties, which holds high number of blacks, inhabitant of these countries will therefore be in search for greener pasture to water their life. On finally getting to these white populated countries, blacks engage in anything they find their hands doing which really deprives them of having a notion of equality or superiority or ownership. With these, blacks get abused and rubbished due to the fact that they’ve been foreseen as one whose life is as black as his skin colour.

Lately, it’s been on a positive note to see that most white people have been rising and taking effective and necessary steps to make sure the act of racial abuse is put to death. With various emblems like ‘SAY NO TO RACISM’, ‘BLACK LIVES MATTER’ , ‘WE ARE ONE’, and so on, the world at large is now on rise to preach the gospel to all of the need to stop racism. While there has been various yearnings to put an end to this, we still very much witness some individuals in active (direct or indirect) participation of this barbaric act. It shouldn’t be surprising as we all reason and acquire wisdom at different rate.

It’s high time we started seeing ourselves beyond mere colour and see more of what originates within – our hearts, as much of what flows within our mind shapes our life and tell of how special, reasonable and great we are. Racism as an act, which has been part of life, negates a better living of which is not of God’s principles and HE (God) frowns at such act. Racism is present almost everywhere, within blacks and also throughout the universe. For an overall peaceful life, racism must stop! 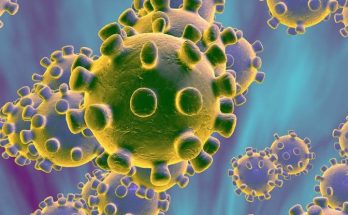 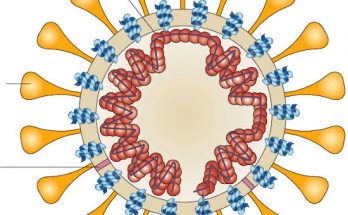 COVID-19 Lessons, Nigerian Youth And The Need For Unity