Without a doubt, many received the news with open arms and unknowingly hoped she achieved her ambitions, especially as she appeared to be the only woman in more than a dozen candidates that showed interest in the post. Some major nationals newspapers like Nigerian Tribune and The Guardian were also quoted to have listed Prof Bamgbose as one of the running mates in their publications on the 7th of July, and the 9th of August 2020, respectively.

However, it became evident at the 2020 University of Ibadan Community Forum held on Thursday the 17th of September, 2020, that there was no longer hope for the University to have a female Vice-chancellor as all other aspirants to the Vice-chancellor’s post gathered for the Who Is Next Community forum.

In putting things in proper perspectives, UCJ UI reached out to Professor Bamgbose to either confirm or dispel the story surrounding her ambitions and subsequent withdrawal from the post of the University’s vice-chancellor.
Bamgbose, who was quick to debunk the rumour, told our correspondent that she was never in the race to become the University’s next vice-chancellor. In her words, she emphasized;

Commenting on what she thought could have led to the news surrounding her ambitions, Bamgbose stated that it could have been that since people saw that she had the highest votes in her council election, they concluded she was definitely going to vie for the vice-chancellor’s post.

“I suspected that what happened is that I contested in 2015 for council and I won, so I’m a two-time council member of the University of Ibadan. I am a born again Christian, and I always ask God anything I want to do. It was in the 12th of June, 2015, God said “I want to send you to the council,” and he said, “I’m sending you to the council for justice and fairness and equity.” So my slogan during my campaign was “justice and fairness and equity.” Many people didn’t know where I got it from. It was what God said. On the 4th of June, 2019 again, God said, “you are going back to council to go and consolidate.” If you look at my slogan, it was “Consolidation 2019-2023”. That was my slogan, and I never had the direction to go for the position of the University’s vice-chancellor. But during the council election, you know there were about eleven contestants, I was the only female, and I had the highest votes. So, that was it, I think…”

“…You know social media with speculation that, I had the highest votes. But nothing about becoming the vice-chancellor. I was shocked, my husband was shocked, we were all shocked. Where did they get those things from? So, there’s no issue of stepping down. I never even stepped up, you know it’s somebody that stepped up that will step down…”

As a way of showing transparency, Bamgbose challenged anyone who has evidence showing that she was in the race to come forward with it. In her words, she stated;
“…You know that if you are going in for such a thing, you will run a campaign group, you will have people you will talk to. Call anybody to come forward to say that Professor Oluyemisi Bamgbose (SAN) contacted him or her if she was going in for vice chancellorship. Let the person step forward…”
“Since the application came out and until about two weeks ago, people were still saying that I’m in the race when already every process had nearly been completed. I kept on telling people who cared to ask me… I didn’t go on social media, and there wasn’t any need for me to go on social media to be telling them that it is a lie. So that was it. I didn’t step down because I never showed interest.”

With regard to the electioneering process and her allegiance in the election, Bamgbose drummed her neutrality and said she only hoped that the premier University gets the best candidate;
“I’m a council member; I’m doing the work in council, I’m just making sure that the University of Ibadan will get the best Vice-Chancellor… At the council, we are supposed to be fair, to be free. So, that is what we are trying to do. To see who will be the best candidate to move the University of Ibadan to the next level and God helping us, we will do that…because only the best is good for UI.”

Currently, eighteen candidates are in the race to take over from the incumbent Vice-Chancellor, Prof Idowu Olayinka, whose tenure comes to an end in November, 2020. 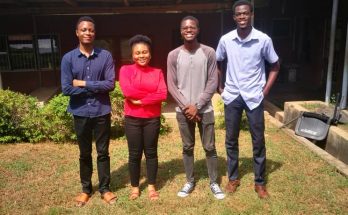 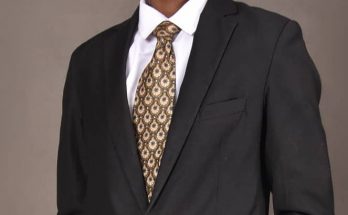