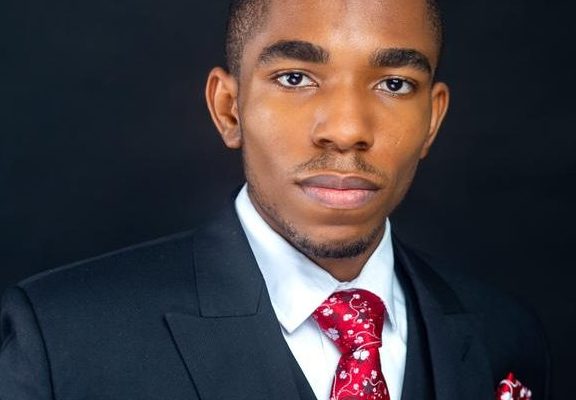 Adeyemi Kehinde, Ayeku Esq. is a first class graduate of Law at the University of Ibadan, the Overall Best Student in Corporate Law Practice and the Third Overall Best Student in Professional Ethics and Skills at the Nigerian Law School 2019 (backlog set). In this exclusive interview with UCJ UI correspondent, Bolaji Alade, he shares his success story, motivations and plans for the future.

How would you describe your feelings about your recent feat in the Nigerian Law School?

In all sincerity, I was elated. At first, when I checked my result and I saw that it was a 2:1, I was really sad because it was as if all my plans and dreams had been shattered with that result. I became nonchalant about preparation for call to bar, which even became a source of concern for my friends. However, I remember praying to God and telling all those who are very close to me how much I desire a consolation in terms of one of two prizes on the occasion of my call to bar. So, when I saw my name among the list of prize winners, it was an answered prayer and a fulfilled dream for me. I am grateful to God for such.

As someone who has maintained a very high standard of academic performance, what is your motivation(s)?

I draw my motivation from the saying that whatever is worth doing is worth doing well. I am not so involved in many other things asides academics. So, I give my all to the little things I get myself involved with. I won’t say there is anything I do specially, I just do what I have to do to get the result I want. Everyone desires excellence, but not everyone is willing to pay the price for such. But I always strive to pay that price; and I think that’s what accounts for my high academic performance.

I wasn’t under any pressure at all. Of course, I had, as my target, to make a first class, but it was not from a state of pressure. I did all I could to achieve my target; I formed all my notes, read each topic nothing less than 5 times and even formed another note from my initial formed note. In short, I was prepared for Bar finals and after the exam, I never doubted that I would have a first class. Even when there were rumours that less than 10 people made a first class, I was certain that I would be one of the 10.

But when the result turned out otherwise, I think the best word to describe my state then was ‘depression’. It really got to me. I was nonchalant about my call to bar. I got my wig and gown and did my photoshoot a week before the call.

A week after the result was released, I sat down to think about my exam again and what could have gone wrong. I remember a mistake I made in one of the sub questions in my Civil Litigation. I thought it to be a minor one; maybe it wasn’t minor after all. I am happy to have moved on and that is what matters.

Earlier this month, you published a book titled ‘2000+ Multiple-Choice Questions on all the topics in Nigerian Law School’. Can you tell us about it?

The idea to work on the book came from my experience with working with students of the Nigerian Law School by giving them weekly tests. The feedbacks were amazing, and God just led me to turn it to a big project that would be of benefit to all students of the institution.

The book contains multiple-choice questions on all the topics across the 5 courses taught at the Nigerian Law School. They are questions designed to strengthen your grip on your topics, including drafts and judicial authorities. The book is designed in such a way that the questions are arranged according to weeks, from week 3-20. So after rea

ding a topic for a particular week, a student can answer questions from that topic to test if he or she truly understands the topic. The answers for the questions are provided, along with explanations and references. With that, any doubt that might arise from any selected answer can be cleared. I am super confident in the work and how invaluable it is for NLS students. And I am certain, by God’s grace, that there is no Bar final MCQs that can be asked, which is not covered in the book.

Many in the Nigerian Law School are finding it hard to keep up with study schedules and to cover the bulky syllabus. What advice do you have for them?

I understand that keeping with timetables and study schedules can be a difficult task. More so the students are at home, even if they are determined to keep to their targets, distractions can easily set it. My advice is simple. Have someone you are accountable to. This was really helpful for me while I was in the Nigerian Law School. I had two independent people who were on my matter and every week; I had to report to them on my goals. This was very helpful to me in achieving my targets because I knew I would report to someone by the end of the week and I would be tested on what I read for that week. This was exactly what I did for the 10 students I reached out to during the lockdown. It was really helpful for them. And it still is.

Without gainsaying, for every prize, there’s a price to pay. What price (s) did you pay to earn your prizes at the Nigerian Law School?

Well, just like I stated earlier, I don’t believe I did anything special. First, I acknowledge the grace of God for the feat, really because I know it is definitely not by labour. Before my exam, I had  read all my topics not less than 5 times. I was not scared of Bar finals at all. My preparation had built that confidence which made me immune to the atmosphere of fear that characterized that period. Specifically, for Corporate Law Practice, I love that course. In fact, not less than 20 people told me I would win the prize for Corporate because the grace was evident in that course. No pride, I had the whole of Companies and Allied Matters Act at my fingertips. I truly love that course. Perhaps it was my love for it that stood me out.

During your undergraduate years, you were actively involved in extracurricular activities, yet, graduated with a first class. What was the struggle for maintaining a balance like?

Yes, I was involved in extracurricular activities, but I was very selective of the ones I got involved in. I was active in the Literary and Debating Society to enhance my communication skill and in the Union of Campus Journalists to enhance my writing skill. Those two skills are necessary for a successful legal career asides good grades. So, the extracurricular activities I was involved in, I saw them as part of my academics, and as a matter of necessity, I must excel in them.

Worthy of mention is your journalism background. Has your experience as an award-winning campus journalist contributed to your successes?

In some quarters, it is believed that the triumph of UI Students in the Nigerian Law School is largely dependent on their individual efforts and has little to do with their undergraduate background. Do you agree?

No, I don’t. While I do not despise the place of individual efforts, which is fundamental to success, I also believe your environment matters a lot. I think the major reason why Uites are doing extremely well among their counterparts is the admission policy of the institution. UI admits the bests of students every year, so it is safe to conclude that everyone in the institution, especially in the Faculty of Law is literally a brilliant and exceptional student. With a little push here and there, Uites are bound to excel among their counterparts from other institutions.

Corporate, Commercial or Litigation, which of the broad practice areas interest you?

I am more inclined to corporate law than commercial law or litigation. Although as a young lawyer, I would like to have a solid experience in all of these practice areas.

In your opinion, what do you consider the appropriate approach to address the concerns of the populace on the controversial areas of CAMA 2020, particularly charity organizations?

A sudden amendment of the law is not possible. One thing I believe can be done is for CAC to come up with a regulation to clarify the controversial provision as to whether the Commission has the power to suspend or remove a trustee without a court order. The regulation should be to the effect that only upon an order of the Federal High Court can a trustee be suspended or removed by the Commission. That will put the power of the Commission to check. Other than that provision, I do not see any other provision I can tag controversial in it  as it pertains to incorporated trustees.

What’s next for Adeyemi Ayeku?

Now, I am a barrister and a learned fellow. I must live to the demands of my calling. 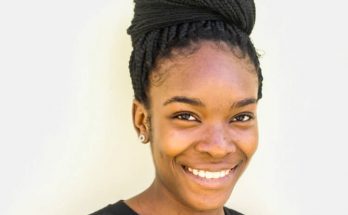