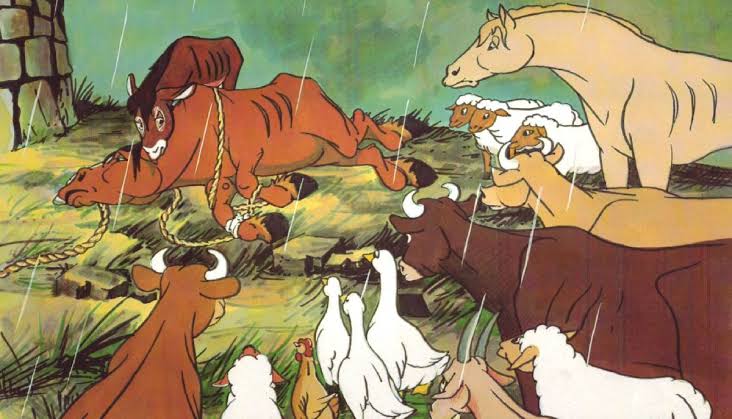 `If not for the fear of that scary letter ;
the fear-instilling lord that wears the crown of authority ,
I would have narrated a story
that has its characters gowned in blames…‘ (AIA)

To put their subjects under perpetual subjugation, despotic leaders have designs – they either kill en mass in the bare presence of other subjects or put every subject under a close watch in the same way a guard dog observes every movement of every passer-by, like Napoleon ; all to instil the phenomenon called fear, an agent of terrorism, enemy of peaceful coexistence into the heart of all and sundry. We all bemoan terrorism but the irony is that terrorism resides with us, in our mind, everywhere, even in the so called institution where character and learning garbed in the robe of worthiness are two inseparable entities. Here, we are terrorized with speaking letter whose language is best understood by its interlocutors. What do we do when a preacher’s action is at loggerheads with the morals he teaches?They lampoon the wickedness of their past masters and yet do not resist perpetrating the same evil. The question is: is there no other way to build a world that’s truly free?

Every leader and lover of Animal Farm would love the character of Boxer – always subservient! His master is always right! As readers and subjects, we would all like to be affiliated with his hardworking trait and enthusiastic readiness to abide by any bidding as regards development projects even at the expense of himself, but no one would dare not estrange oneself from its gullibility. This is because, unlike Boxer, we are taught to be dogged in our quest for freedom by the same heads who hold us captive in another Manor Farm of Jones. He who trains a cat how to prey on mice should train himself how to hide edible property away from the reach of the hunting animal when mice are no more in sight . He should not device a death means for the innocent animal, for it is trained to be ruthless in its quest for freedom away from the grips of enemy, of the whole household. Hunger is cat ‘s direct enemy not mice.

Our cats were trained to hunt by themselves but those who toughened the cats have made themselves the arch-enemies of the tigerish mammals shielding their freedom under the trousers of their own frail decisions. Just last year, one of the freedom-fighter cats was maimed and another cat – the leading cat of the new generation- recently, was wounded. We little cats, wary of the harm done to the more `violent’ cats, could only munch on carefulness fruit lest we become the next victim of their exilic custom. Everyone is jittery since the only mouth we have has been gagged, and since our voice could not be heard because we do not speak to be heard again , we’ve decided to heart our grievances. No one is ready to be the next victim of banishment. Their napoleon measure is effective because Boxers have been built in us. We are pathetically Boxers because we are in the farm where `rebels’ are ostracized, and made to serve the holy communion in the catholic distance of their maternal thresholds, away from the hyped farm.

The inheritors of Mr Jones’ Manor farm are no different from Mr Jones himself , the difference being that the operators of the system of the farm were born and bred here. This domain where the lens of self-centered cameras of theirs see us as animals is no different from Manor farm, another Animal Farm. And he who rules over animals by implication is an animal, a thoughtless being whose obstinacy is a squirrel on treetops.